One of the youngest firms producing Madeira rum has just crafted a brand that inherited a long tradition: the William Hinton 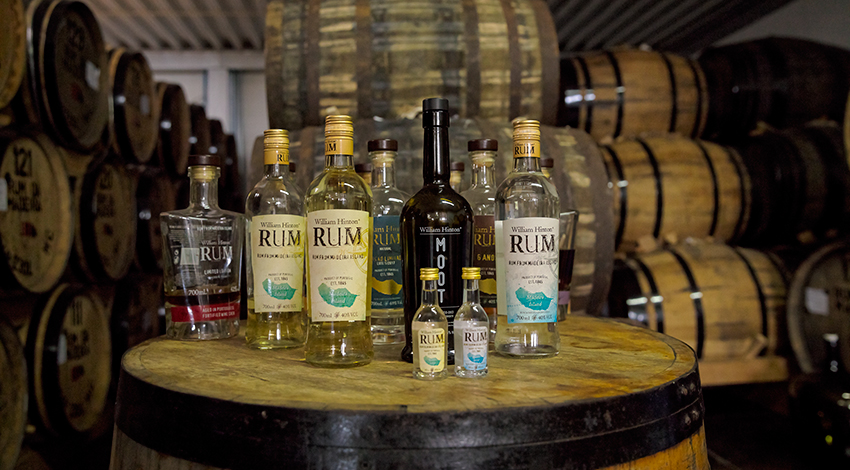 In 1838, William Hinton did as many brits had done before him and would continue to do long after him and set sail to Madeira in search of a better life and a role in Madeira’s commerce which had a prime consumer in the UK.

He established a family that prospered and whose history can very easily be mistaken with the one of sugarcane and affiliated products such as sugar, spirits or agricultural rum, known to locals as aguardente, literally meaning burning water. In 1845 he created Fábrica do Torreão, Madeira’s largest firm and Europe’s biggest sugar producer at the time.

It ceased operating in 1986. Two decades later, a descendent of the Hinton family, Jimmy Welsh, applies the know-how produced by the old mill and established Engenho Novo da Calheta.

From the old mill, he also inherited a hundred year-old alembic which is the origin of most of the current production. Though the family is no longer involved, the firm has branded their name: William Hinton.

Mário Gomes has served as ambassador for the brand for three years. He is the one who guides Essential through the production process and explains the product range. And he is also the one who is in charge of presenting Madeira rum in the markets where the William Hinton, created only three years ago, is expanding to. The expansion has benefited from the support of the Icon Key company ‘It was initially conceived for the national market’ but ‘we move according to the markets where Icon Key extends to: Italy, France or Luxemburg’.

The exports strategy is based on showing how old Engenho Novo da Calheta’s production of sugarcane is on the island. Produced here for almost 600 years, rum is a tradition in Madeira. Hence, bottle labels allude to the age of maritime exploration.

The product is distilled from actual sugarcane juice. It is ‘a sugarless agricultural rum’. Production peaks between April and May, when sugarcanes are grinded. The resulting juice is kept in fermentation tanks. One day later, the end-product is finished. This makes several ageing processes possible.

A large part of the market is composed of younger rums, for immediate consumption. Mário Gomes explains how ‘ageing rum requires three, six or nine years’. The firm is investing on its ability to age part of the production because older rum has a greater commercial value.

Different ages are available at the moment. The youngest one is a white rum with 40% alcohol volume. It is used, for instance, in the making of the typical Madeiran beverage, poncha.

Another popular rum is the 9 months old, aged in the oak barrels to ‘round up the flavour’, ideal ‘for a daiquiri, mojito or cuba libre’, says Mário Gomes.

The 3 year-old is a blend of batches that are older than three years and tastes of ‘caramel and vanilla’.

The single cask bottles are more exclusive, meant for collectors. With an alcohol volume of 42%, they are a blend of old and young rums, aged for ‘over 9 months in Port, Madeira, sherry, brandy or bourbon caskets, which give it a more refined finish’.

Bottles are numbered and state ‘of how many they were made as well as the year of packaging and the cask number’. In the case of sherry for instance, 340 bottles were produced.

The brand also offers a white rum with an alcohol content of 69%, fermented naturally. One of the upcoming releases is a range of 9 year-olds but the time has yet to come. When it comes out, this will be the firm’s oldest rum.