Throughout almost two centuries, Quinta Magnólia has been a select location, as accommodation and a private club, and is now a space open to the public. 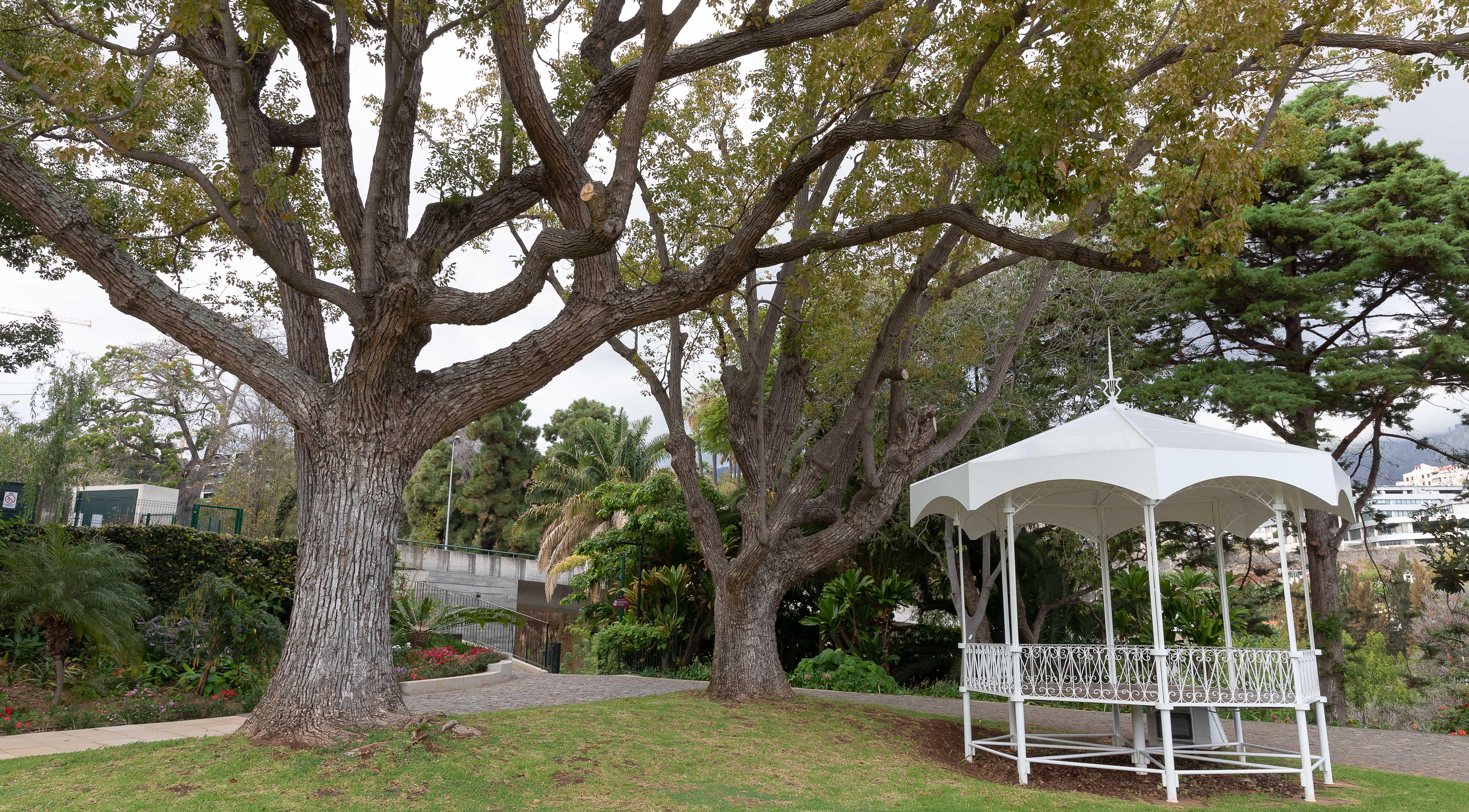 When the wealthy North-American trader and Consul J. Howard March built Quinta Magnólia in the 1850s, he was realizing the goal of living away from the hustle and bustle of Funchal. He designed gardens by taking full advantage of the uneven topography and converted the terrain into a green lung, which time took care of surrounding with cityscape.

In 1895 the property is bought by British physician Herbert Watney, who expands its boundaries to the valley of Ribeiro Seco. With the collaboration of an English garden landscaper, the garden is enlarged and enriched with an extensive variety of trees and plants.

With the introduction of a growing ‘heterogeneous bourgeoisie’ on the island of Madeira, typical Madeiran estates became places of social status, of business and power, leisure and ease. It is in this context that the estate is sold once again in the 1930s. The British Country Club is born. The botanical diversity is retained but new infrastructures and sports equipment are introduced. Between 1934 and 1974 several tennis championships are hosted there.

On May 1st 1981, the estate, which had since become the property of the Autonomous Region of Madeira, opens to the public for the first time. Recently, it reopened to the public after being renovated.

With the renovation of part of the heritage of the British Country Club, one can now once again enjoy a tennis match, or challenge a friend to a game of squash, a race around the circuit or alternatively just enjoy having a breath of fresh air straight from one of the lungs of the city.

All in all, there are eight courts available – four tennis courts, three paddle courts (which replaced the area of the old pool), and a squash court. There is also a small practice court for those seeking to hone their skills, which is available pending advance booking.

The trail, a course very similar to that of a traditional Madeiran levada footpath – level earthen path with some rocks and trees on the sides – features a good deal of gear for physical exercise. Pull-up bars, ab benches, jumping equipment and parallel bars are some of the gear that feed this idea of ‘outdoors exercise’.

Along the footpath, the creek separates the simple and unique from the mundane. The restless blows of trombone students from the Arts School right next door resonate through the air, blending with the breeze that roams through the trees that stand there. Do, Re, Mi, Fa, Mi, Re, Do. Now a note higher, now a note lower.

The path stretches under the Ribeiro Seco bridge and goes far beyond the view of those who cross it every day into an almost biblical scenery! Beneath what looks like a 20th century structure lies a different structure built entirely out of basalt. Three great arches, central and elliptical, lateral and pointed constitute this admirable monument, originally built in 1849.

And for the little ones, there is much fun to be had in the renovated children’s park. Its biggest attraction, the slide, offers 25 metres worth of pure fun. If no one is looking, take a minute to be a child.

The estate’s tradition of being a site where culture is promoted has also been kept. The main house now features a new gallery dedicated to contemporary art, a space for themed exhibitions, temporary and permanent.

For the plants aficionados, Quinta Magnólia is the place to be. The gardens comprise an extension of almost 25,000 m², gifted with an expressive variety of species, some of which are a hundred years old, from all four corners of the world. Exemplars of greater botanical interest include the majestic Pacara Earpod Tree, from South America, the great Hottentot-fig, or Kigelia Pinnata, known popularly by the name of sausage tree, originally from Mozambique.

In spite of all these wonderful species, special attention must not doubt be given to the ‘Maria do Carmo Santos’ rose bush. It takes its name from the former director of the Foreign Languages Library which, for years, was housed in Quinta Magnólia, and who was also one of the founders of the John Dos Passos Cultural Centre. A life dedicated to culture, now paid tribute to in a rose bush designed by the President of the Regional Government of Madeira and rose aficionado Miguel Albuquerque.

Home to great celebrations and events, Quinta Magnólia promises to continue a tradition that has stayed strong since the beginning. Here was held the first Jazz festival in the region, back in 2000, and here history will continue to be made. A restaurant is to start running soon, complementing the offer of leisure and free access, every day until 10 p.m.