Several programmes were launched to promote the return of people to city- centres through urban rehabilitation. 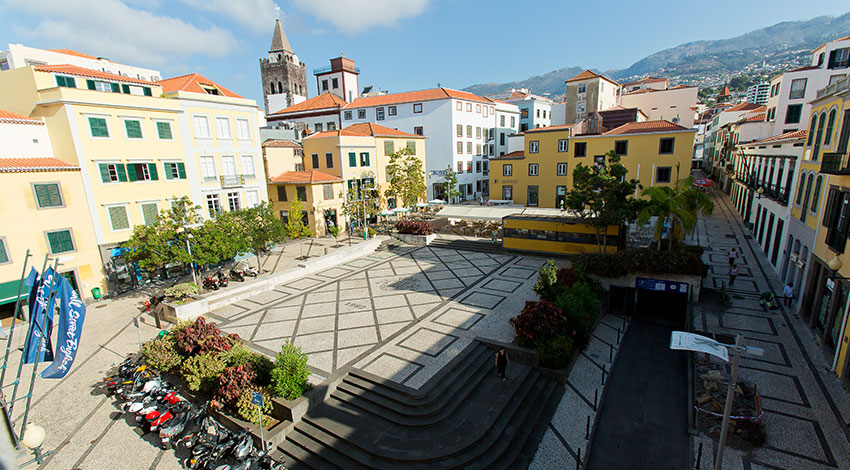 In the last few years, Portugal has been at the centre of increased efforts to recover, improve and update its city-centres, mainly the housing stock, with a view of bringing people back to the villages and city-centres. It can be said that it is one of the core aims of the government in what concerns land-use management.

Since December 2014 Funchal has implemented an AUR. The aim is to rehabilitate the so called historic centre of the city which comprises the historical areas of Santa Maria Maior, Sé, São Pedro and Santa Luzia.

It is an area where, for several years now, there has been continued deficiency, deterioration and obsolescence of a range of buildings mainly in what concerns their overall usage conditions, safety, sturdiness, aesthetics and salubrity.

The approval of an Area of Urban Rehabilitation compels the City Hall to define the tax benefits associated to council tax conceded to owners and property right holders of designated buildings subject to urban rehabilitation.

The SRUR adopts exceptional and temporary measures in order to simplify, in an effective way, the administrative processes of urban rehabilitation.
Urban rehabilitation should be for all and therefore, adapt economically to all consolidated areas and affordable to all.

Rehabilitation is different to a new construction and for this it should be regarded and regulated differently. The new regime has opted for an evolutionary rehabilitation which allows for an improvement of the living conditions with the aim of reaching a balance between what already exists and the owner’s economic capacity. Thus, the decree-law foresees the temporary suspension of the application of a range of norms contemplated in special regimes of construction, providing that in any situation the urban construction does not lead to any non-conformities or worsens the existing ones, or contributes to an improvement of the safety and salubrity conditions of the building or apartment.

Regarding the Rehabilitation for Rent Programme – Affordable housing, it defines the terms of the loans conceded by the Housing and Urban Rehabilitation Institute (HURI) to finance the operations of urban rehabilitation promoted by natural or legal persons, public or private.

Which buildings can apply and use this programme? Of the following qualifying conditions we focus on: Those that are 30 years old or above; that are located preferably in an AUR; that are free from any covenants or encumbrances; whose work is sustainable and viable and destined for rentals with affordable rents. On the financial side of things it is worth a mention that loans can go up to 90% of the total cost of renewal and loan maturity up to 15 years.