The story that bloomed in Madeira. 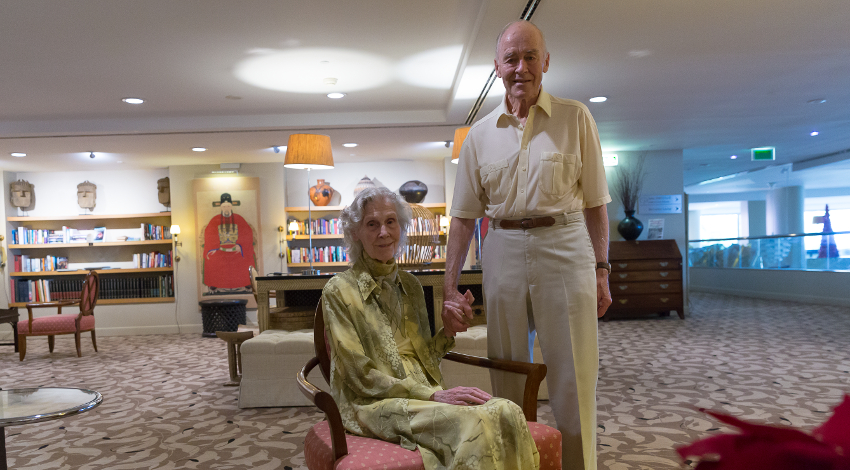 It was in 1956 that the Brettles chose Madeira to celebrate their honeymoon. And so it was that a love was born which would take them back to the Pearl of the Atlantic time and again. Sixty years have passed and it is now time to celebrate their Diamond Wedding Anniversary. And where else could they celebrate it if not in the place that saw their love bloom?

This love story starts out of a mutual passion for golf. Ian, 24 years old back then, tells of how they met: ‘on the 19th hole, you know the one, the bar!’ It was ‘love at first sight’.

The young couple started the most romantic trip of their lives arriving in Madeira for the first time aboard an Aquila Airways hydroplane. Years have gone by yet they can hardly forget the island’s weather, the people and, of course, the flowers. Anne distinctly remembers the mimosas.

They chose the Savoy Classic hotel. But it was in the Royal Savoy that they were paid tribute by the hotel unit that has always hosted them.

Back home, in the UK, a painting from their first trip to Madeira hangs on the wall. It depicts a man who bears the burdens of time and labour on his face and Anne keeps it with special care. Every time she passes the painting she greets it, in flawless Portuguese with a warm: ‘Bom dia!’