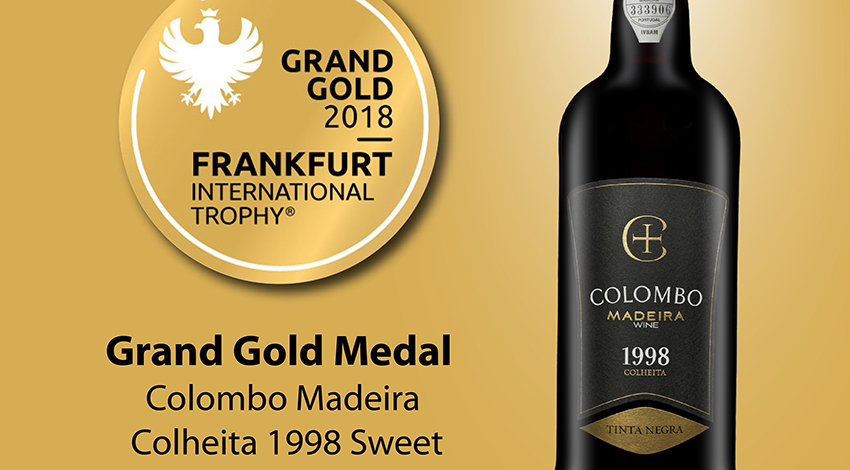 The 2018 edition of the Frankfurt International Trophy was held on April 7th and saw Justino Madeira Wines’ Colombo Madeira Harvest 1998 receive the Grand Gold Medal, the highest award given out by a jury comprising experienced amateurs.

This quiet white wine has been produced for over two decades and is characterised by its sweetness and the fact that it is produced from the Tinta Negra grape variety.

The competition was attended by 2,250 participants who aspired to have their products elected the best in the categories of wines, beers and spirits. A total 700 contestants were awarded at the competition other than Justino’s Madeira Wines.