One of the most popular beverages in Madeira is a traditional one and has managed to adapt to times Essential went for a poncha! 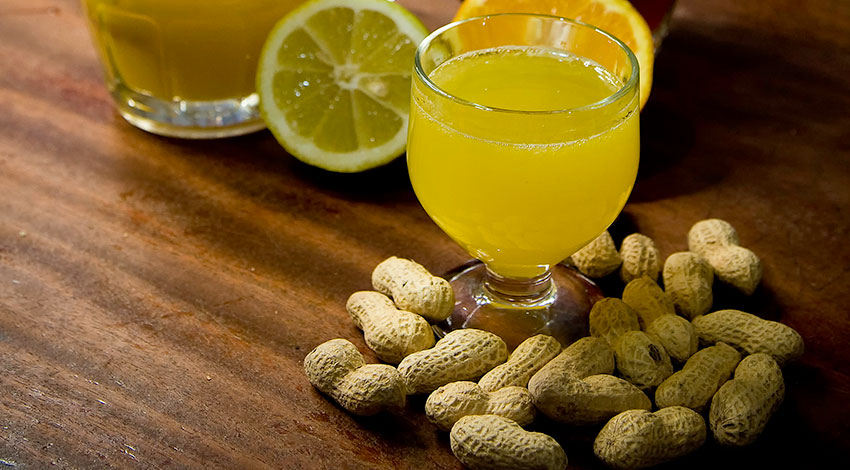 Every time someone visits Madeira for the first time, there is always someone who will say: ‘You must have a taste of poncha!’ Upon returning, many visitors do in fact search for it, which comes to show its identity as one of the most powerful gastronomic trademarks of the island.

Poncha figures both as an element of Madeiran history and a beverage that is popular in nightlife and social circles. It has a past but above all, a present. It is a traditional product that has adapted to the times and remains unique.

The reason for this lies in rum, a spirits that was usually produced with the sugarcane that has been grown on the island ever since the 15th century. This spirits is mixed with lemon and bee honey in similar quantities and stirred with a cogged stick commonly called the poncha stick.

In recent years, the great revolution in poncha was in terms of the variety of flavours or the simple addition of ice, mellowing the intense flavour of the spirits. Poncha went from being consumed in traditional Madeiran pubs to becoming an elegant cocktail drink no longer limited to a lemon basis and whose now softened flavour has led to an increase in the number of its consumers especially among a younger crowd and women.

This revolution has no known author or date but one assumes that it was the fishing town, Câmara de Lobos, that the first innovations such as the addition of grapefruit or orange, started to emerge. In the centre of the town, at Largo do Poço, are some of the most famous poncha bars in Madeira where flavours such as passion fruit or even Surinam cherry and mint are available.

Outside Câmara de Lobos, the offer is more diversified and spread around the oldtown of Funchal, Serra de Água, Encumeada… everywhere.

The spirit of innovation has also brought about the use of vodka as the spirits with which fruits are mixed for the so-called ‘fruits poncha’, making it smoother and lowering its concentration of alcohol allowing for an overpowering fruity aroma. Though very much enjoyed by some consumers, this change brought about an identity crisis with purists advocating that poncha had to be made from the traditional sugarcane spirits. 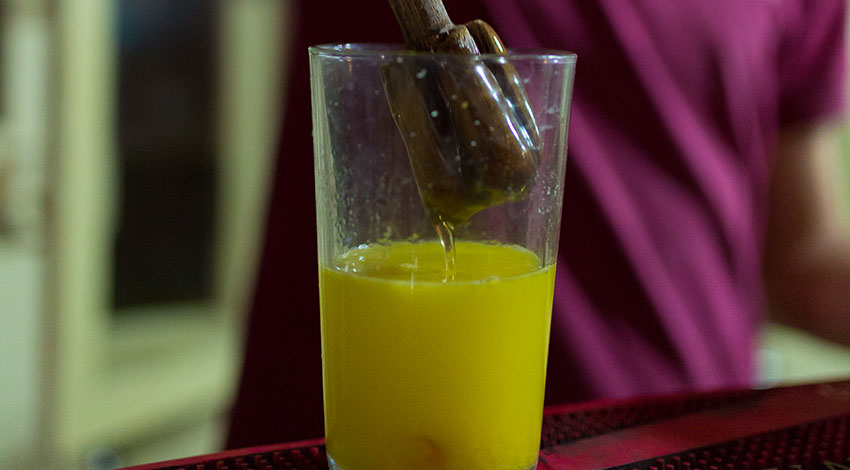 Although the regional authorities of Madeira are committed to protecting poncha from copycats, the use of vodka poses a problem. It was with that in mind and trying to find a solution for the problem that Madeiran firm J. Faria e Filhos launched a new rum, Lido, with the purpose of replacing vodka in fruits poncha.

The producer, Luís Faria, explains that it is ‘a less aromatic product and much smoother’, capable of ensuring the same smoothness provided by vodka and thereby preserving poncha’s Madeiran identity.

Little by little, the Lido Rum started to figure in the shelfs of bars. Luís Faria is pleased with the volume of sales. It is product with a concentration of alcohol of 38%, relatively the same as vodka’s, and is therefore suitable to more exotic poncha flavours such as passion fruit, kiwi, tamarillo or Surinam cherry.

According to Luís Faria, what sets the Lido apart from the traditional spirits, which his firm also produces, is in ‘the selection of canes itself’. Those used for the production of Lido have a higher richness in sugar. Other differences lie in how it is distilled and fermented.

The result is that the traditional Madeiran sugarcane spirits is more aromatic, stronger and with an intense sugarcane flavour. The Lido rum, being less aromatic, allows for the pungent aromas of the fruits to stand out.

With the introduction of this product into the market there are no more obstacles to the certification of poncha as a Madeiran product. On the one hand, there is the traditional lemon and honey poncha, made with sugarcane spirits meant to stand out. On the other, other versions with varied fruits are also available thanks to the creative genius of businessmen who do not cease to amaze.

According to historian Alberto Vieira, poncha is connected to the history of sugar in Madeira. And, if in a first stage the culture of sugarcane was intended for the production of sugar; ever since the 19th century, it was devoted to the production of rum or even alcohol.

In his book ‘A Civilizalão do açúcar no Atlântico’, the historian highlights the role that Madeira played in pioneering sugarcane crops with the techniques developed here then being exported to Brazil, Africa and the Caribbean islands.

A pattern between Madeiran poncha, Cape Verdean ponche and Brazilian caipirinha can be seen to emerge from this expansion. All of these drinks have rum for their basis, include the addition of a citron and a mix of sugar or honey bee.