The new Mercedes CLS Shooting Brake has already earned cult status for its desing, but now, Mercedes wants to raise its technical credentials even further. 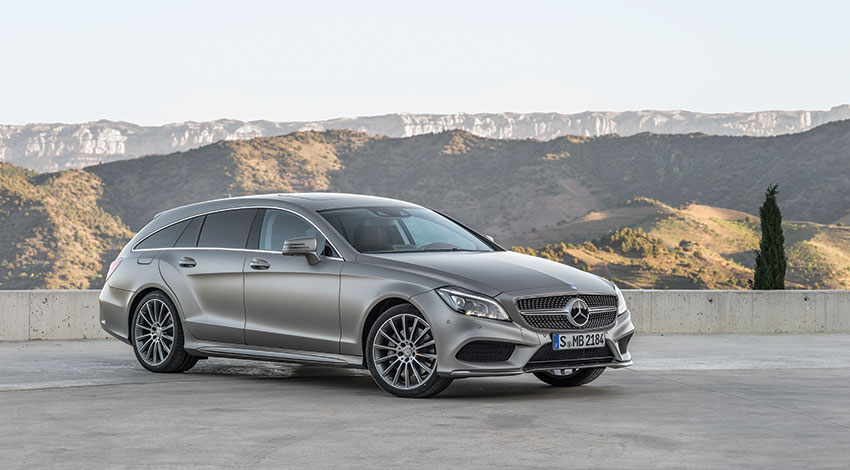 The shooting brake concept emerged in the 19th century in rural England, when hunters needed practical vehicles to transport their guns, dogs and equipment. In the meantime, the commercial side of things caused an evolution that brought us the wagon or the e state as we know it today, opening the door for a reinterpretation of the shooting brake.

The CLS Shooting Brake, launched in 2012, has reached the usual mid-life cycle restyling and so underwent various technical modifications, with the body's striking design remaining virtually unchanged. Still, the new front and back lights make the car more modern, and the grille inspired by the

CLA makes it more aggressive, which is perfectly in line with its image. The interior remains largely unchanged, with improvements in the quality of the materials and finishes, and the Command infotainment system is better than ever.

Essential Madeira tested the excellent V6 3-litre diesel engine, with 258 horsepower and 620Nm of torque, with exceptional consumption in the region of 7.5 litres. The biggest news is the début of the new 9-speed G-Tronic transmission. Overall, this new CLS Shooting Brake confirms that Mercedes is at a great time right now and will contribute to a record year in the brand's sales worldwide.