The Cayenne has always been the sportiest large SUV on the market. The new model is even better. 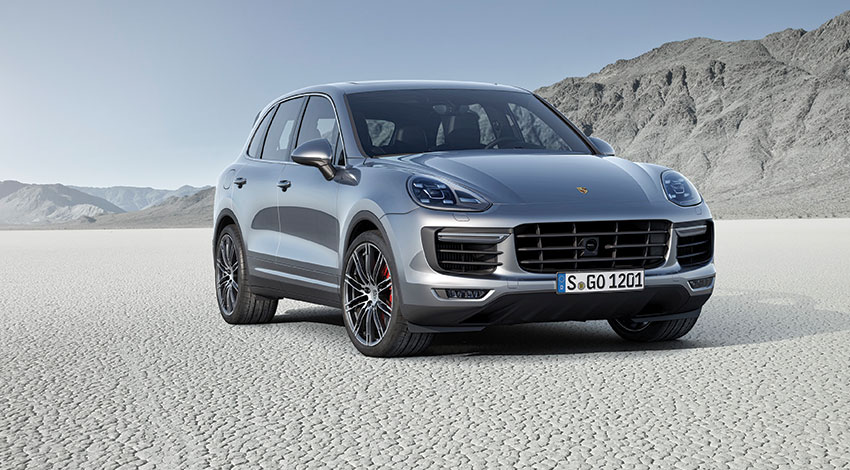 In 2013, Porsche sold 84,000 Cayennes across the world. Since the launch of the original model in 2002, more than half a million units have left the Leipzig factory.

The Cayenne's importance to the brand should in no way be underestimated: Porsche sold more Cayennes than all its other models combined in 2013.

Of course with the arrival of the Macan, the younger sibling that will open up a new and more profitable slice of the market for the brand, that reality will probably change in the 2014 results, but the Macan should steal more customers from the competition than from the Cayenne.

The second generation of the Porsche SUV was launched in 2010 and, just like then, Essential Madeira was present to drive the restyling of this important market rence, this time on the roads of the Sintra Mountains and the stunning region of Colares. The small aesthetic touch-ups work very well, giving the Cayenne an even sportier and more modern appearance.

The key differences lie in the redesigned rear, with new headlamps and new exhaust pipes for each model and a new front section with a new bonnet that's more aggressive and defined, with new air intakes at the front.

Inside, the update includes an improved console with more functions, new seats and finish and a steering wheel based on the 918 Spyder that is quite simply fantastic.

For the course outlined by Porsche Ibérica, we chose the Cayenne Turbo, the best of the best. With a V8 engine delivering 520 horsepower, this true feat of engineering reaches 100km/h in just 4.4 seconds and leaves a clear impression of being quite simply the best SUV in the world.

The range also features the futuristic SEHybrid, for technology-lovers with a clear environmental conscience, with an advertised consumption in the region of 3 litres per 100km; the famous Cayenne diesel, particularly loved in Europe; the sportier S Diesel with a 381hp V8; and the GTS, now with a V6 Twin Turbo and even more power replacing the old atmospheric V8, which has been removed from the range.

The entry-level Cayenne and the Cayenne S also remain in the catalogue, both with the well-known petrol V6. On the road, the new Porsche Cayenne promises to be head and shoulders above the rest in terms of sporty driving, honouring the symbol displayed on the bonnet.

Christened the fourth Porsche – after the 911, the Boxster and the Cayman –, this is a car with few rivals as an all-rounder, whether for day-to-day use or recreation, depending on the desire of the driver and the passengers. The best just got better.