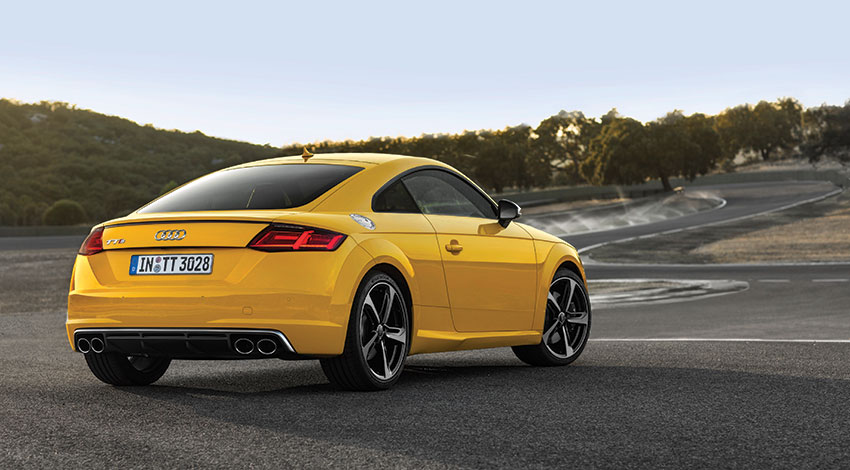 The TT is perhaps the most important Audi of the twenty-first century, even if the first generation of the model was launched in 1998. Revealed for the first time as a concept car at the 1995 IAA, the public response was so positive that only three years later the original TT was already on market. Interestingly enough, even Audi underestimated the power of what they had created.

The first TT became a design icon and the role model for the brand’s aesthetic language, in use to the present day. The German emblem established its own unmistakable identity, making any Audi car instantly recognisable. However, it wasn’t always easy, despite its strong design making a big impact, the TT’s driving experience left something to be desired, which was less of a pleasant surprise.

Audi hugely improved the second generation TT’s performance and dynamics, but even so, it was more popular for its aesthetics than for being an enjoyable automobile. In 2014 a completely new TT was launched, with a clear purpose: to evoke the magic of the original design with a corresponding driving experience. And what an amazing transformation the German engineers accomplished.

The new Audi TT is fabulous behind the wheel, with the body and soul of a true sports car, which you’ll want to drive nonstop and which has earned new found respect from its fans. Essential Lisbon tried, tested and surrendered to Ingolstadt’s new darling and its exceptional dynamics and performance.

With its 2-litre turbocharged 230 horse power entry-level engine, with automatic S-Tronic six-speed transmission, control by tabs on the steering wheel and quattro allwheel drive, it can rival the segment's best. Inside, the new TT is a vision of the future.

The infotainment system, called the Virtual Cockpit, has a 12.3 inch screen comprising all of the car's data, trip information, navigation system, connections to external devices, such as smartphones, as well as two magnificent digital tachometers and speedometers. The jet engine shaped air vents are magnificent.

Moreover, the interior layout is guided by the quality of the materials and ergonomics, boasting a design matching the body of the car. The new TT is a car which performs beautifully on an everyday basis, but which can also generate strong emotions behind the wheel upon request. A sports-car through and through, wrapped in a body more beautiful than ever.