The Porsche 911 has entered a new era of the turbocharged engines. 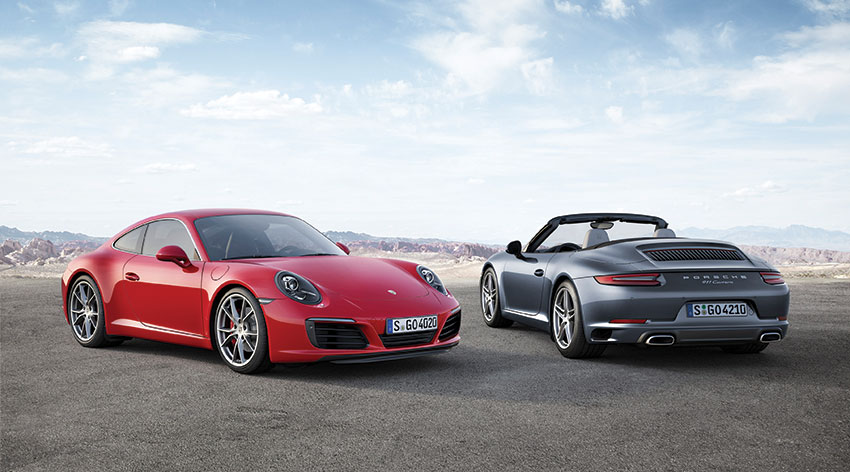 The most important sports car in history owes its place in the market to a fundamental trait that has always been at its core: the ability to adapt to market circumstances, as they evolve. And, once again, German engineers reveal that they are more than capable of understanding and preserving this ability in the new Porsche 911, with the recent 991.2 update, the second chapter in the life of the 991 generation, which arrived on our roads in 2012.

The 911 is Porsche’s greatest symbol, an icon of the car industry and, ever since it was launched in 1963, it has been cultivating a band of followers like no other motor vehicle before since. Minor modifications are a constant even within the same model and sometimes from year to year, if the manufacturer feels it makes sense, but the 991.2 heralds a major shift in paradigm, the likes of which have not been seen since the 996 replaced the 993 in 1998, changing the engine cooling system from air to water.

As of now, all 911s without the ‘GT3’ insignia will be fitted with a new three-litre turbocharged engine. Hence, the Carrera and Carrera S – and respective derivations – are doing away with the old 3.4 and 3.8 litre aspirated engines and are following the inevitable path of turbocharging, the only way to improve performance and meet increasingly stringent emission standards. As you would expect, the new twin-turbo six-cylinder 3000-cc block, going by the name ‘9A2’, nonetheless retains the boxer opposed-cylinder philosophy. The Carrera now delivers 370 horsepower, while the Carrera S can achieve an impressive 420 horsepower.

Porsche unveiled the new 911 to the press in Tenerife, placing at journalists’ disposal a colourful fleet of Carrera S and Carrera S Cabrio, with varying levels of equipment and even fitting some cars with the peculiar seven-speed manual transmission, even though the exceptional PDK remains the favourite of most customers. The Porsche keeps the unique driving characteristics of a rear-engined car intact, but the smoothness and ease of use of the 991.2 are at a level never before seen in the model. Performance is superior to the 991.1 right across the board, particularly through the greater torque provided by the turbocharged engine, which makes the 911 more approachable in any situation and easier to handle at faster speeds, even for less experienced drivers.

The car’s looks could never change much, with the main focus going to the new front and rear bumpers, new rear spoiler and the new head and tail lights. The 991 generation is one of most beautiful 911 ever and, as such, when the design appears so harmonious, there’s no reason to change much.

The interior has, on the other hand, undergone some significant updates, such as the new infotainment system, which includes a seven-inch display with Google Earth and Google Street View, WLAN connectivity, and Apple CarPlay compatibility. Porsche quality still shines through, with the finest materials and a varied selection of finishes allowing the 911 to be customised to suit anyone’s tastes.

Setting the industry’s pace for 52 years, a lot about the Porsche 911 is changing, while remaining exactly the same. And this remains its greatest victory: managing to design the future, without ever forgetting the past.