The Barreirinha Pool Complex, right at the edge of the oldest area of Madeira’s capital, has just undergone renovations. 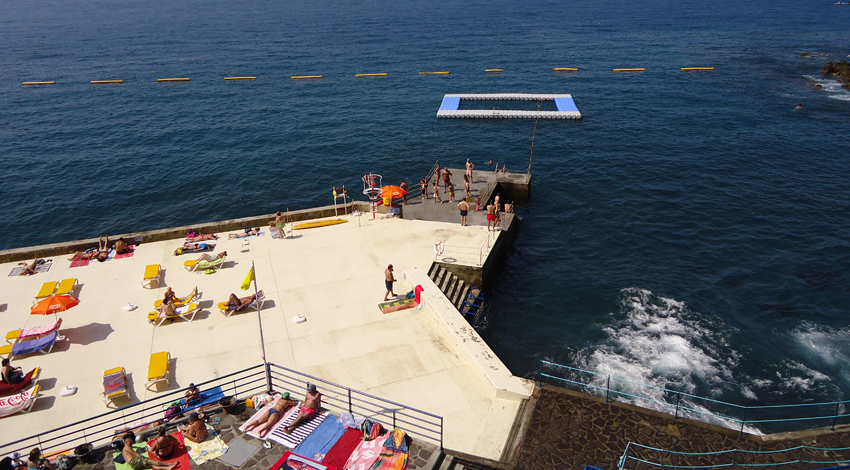 Back when going to the beach was seen as something eccentric and practised by very few, Barreirinha was already setting the standards.

This little beach, to the east of the bay of Funchal and near the São Tiago Fortress was made more accessible by the Town Hall of Funchal in 1939. These were the first steps towards the construction of a pool complex which has just undergone some renovations.

The renovation works carried out over the last few months served to improve the solarium level and the means of accessing the sea as well as to create a blue centre, meant for environmental education, and to prepare for the next bathing season with a new lift. Thanks to these works, the complex now sports new bathing facilities. And still this year, Barreirinha has something else to show: the award for ‘Accessible Beach – Beach for everyone!’, given out as part of a programme certifying the complex where its means of access and services are concerned.

The rocky beach is one of Funchal’s icons, be it for the tourists roaming the oldtown, be it for residents who ‘seek tranquillity for a quieter evening’ says Carlos Jardim, manager of Frente Mar Funchal, the firm in charge of doing the administration work for the space.

Officially inaugurated in 1940, the slope on which the complex stands is dyed blue ‘as though it were an extension of the sea’. Throughout the years, the complex has evolved to become one of the city’s true hubs.

The complex’s solarium area is quite wide and its means of accessing the sea many, one of them being noticeably different from the others. It is a small area where the ground is composed of pebble stones, which imbues the space with ‘a very special character’. 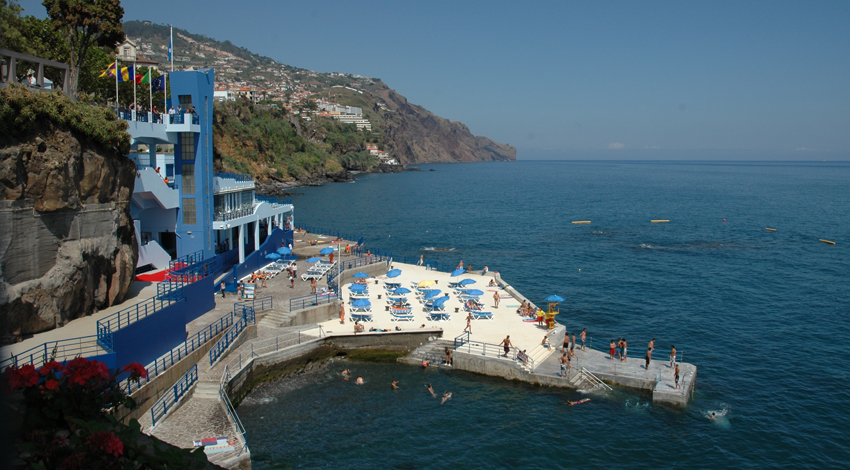 But there is, and has always been, much more than beach to Barreirinha. ‘Many years ago it was associated with typical Madeiran folk festivals’ and was sought ‘for popular celebrations due to its location by the sea’ tells Carlos Jardim. Nowadays, sports and culture are also a part of the complex.

Where sports is are concerned, swimming, canoeing and boat racing competitions are but a few examples of what is done in these waters. On the cultural side, quite a few institutions have chosen Barrerinha to be the stage of their events, such as the Aleste Music Festival, held the past May.

And the reason for this is quite simple. The proximity to the sea draws in people for these kinds of events ‘enlivened by good music and with the smell of the sea in the atmosphere’, always with the goal of offering ‘excellent moments of fun and leisure’ to all those who visit the space, says Carlos Jardim.

Each complex run by Frente Mar Funchal has its own set of attributes and Barreirinha is no different. Its location makes it a special place, since it is one of the few points of access to the sea in the east of the city. The only other one is the neighbouring beach of São Tiago.

The walk to its main entrance is done through the oldest street in the city, Rua de Santa Maria, where colourful doors on nearly every wall offer a preview of another day at the beach. Before going down to the beach one can relish a view of the complex from the viewpoint in front of the local church. And once inside, one need but enjoy the movement of ships as they come and go from the Harbour of Funchal.