Nespresso challenged Michelin star chefs to use coffee in gastronomic menus so as to demonstrate how there are many more options than an espresso at the end of the meal. 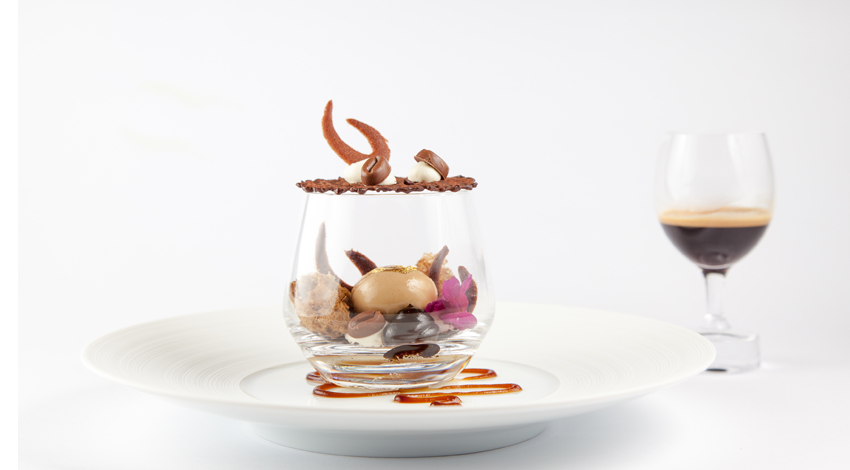 Coffee at dinner? Usually it is served at the end of the meal, sometimes with chocolate, others with a digestive. But such a convention, like all other sin the culinary world, has long since stopped being absolute. The gateways of creativity are open.

Nespresso Gourmet Weeks’ fine dining route is a prime example for how coffee can be associated with every moment of a dinner service. For its third edition, a total eight Michelin star chefs, including Luís Pestana from Funchal’s William, were challenged to craft a five course dinner with coffee as a linking element.

Unlike what might be expected, drinking different coffees throughout the same meal is not what is being suggested here. Wine was part of the menu and coffee was used as an ingredient in a sequence of dishes described by Luís Pestana as ‘capable of bringing about many experiences’.

The William’s Chef had coffee used as the basis for freshly marinated salmon with beat textures.

Guest chef Pedro Lemos used a layer of the Exclusive Selection Nepal Lamjung coffee in a spice bread foie gras. This was one of the coffees made by Nespresso specifically for high end restaurants.

It is coffee grown at the foothill of the Himalayas where some of the world’s rarest beans are grown. It is limited edition production. Rute Narcisso, ambassador for Nespresso coffees in Portugal describes it as ‘very intense with a hint of roast’. 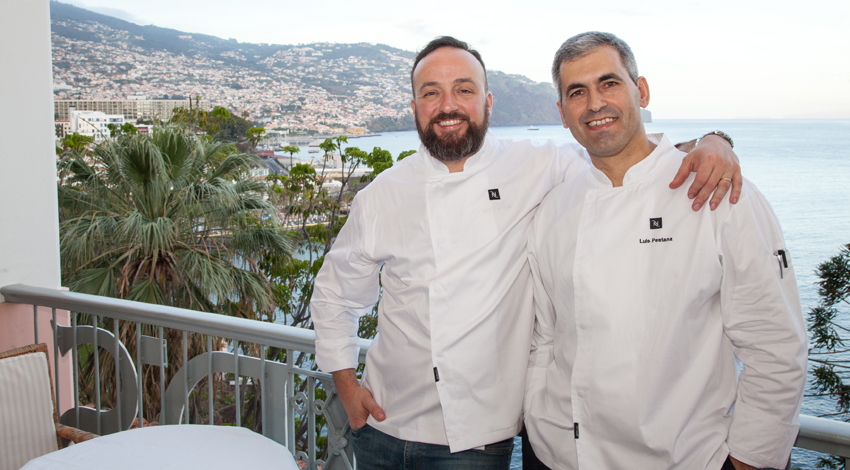 Coffee also helped to garnish the langoustine with textures of pee and organic chicken broth served by Luís Pestana and also figured in the veal composition served with pantorras salsifis and celery, by Pedro Lemos.

With a sponge cake, mousse and foam served for dessert came the only coffee which was actually drunk in the service, the Exclusive Selection Kilimanjaro Peaberry. It is grown in Mount Kilimanjaro, in Tanzania. Coffee cherry produces only one bean instead of two, which means that the flavour is more intense. Rute Narciso speaks of a ‘very rare variety’, of the Arabic species, which is ‘super fruity, super balanced with an intense note of aroma which can be very pleasant in pairings’.

Both these Exclusive selection coffees will be made available to Michelin star restaurants starting October.

Dinner services such as this one show it is possible to find harmony between coffee and a gastronomic menu. And there is no shortage of options. Coffee is grown in 60 countries. Nespresso is a producer in 12 of them.

Rute Narciso sees parallels with wine as different grape varieties and their terroir hold an influence over the end result. ‘In Portugal there is much talk of the Touriga Nacional as being Portugal’s finest grape, from Douro and from Alentejo, very much in the same way as I have Arabic coffee from Colombia which us nothing alike the Arabic coffee one gets from India’. Emphasising the differences, ‘Colombia has more to do with red fruits or notes of wine. Should I head to India, I’d prefer to work on its intensity through notes of spices’.

It is through this variation of psecies, robust and Arabic, terroir and blends as well as roasting techniques that one can widen the scope of coffee making. In Portugal it is customary to drink an espresso for breakfast or after a meal. While Rute Narciso sees no harm in this, she adds ‘if I like coffee, be it more intense or more balanced, do I need to add sugar?’.