One of Madeira’s oldest buildings still stands tall in the birthplace of Funchal. 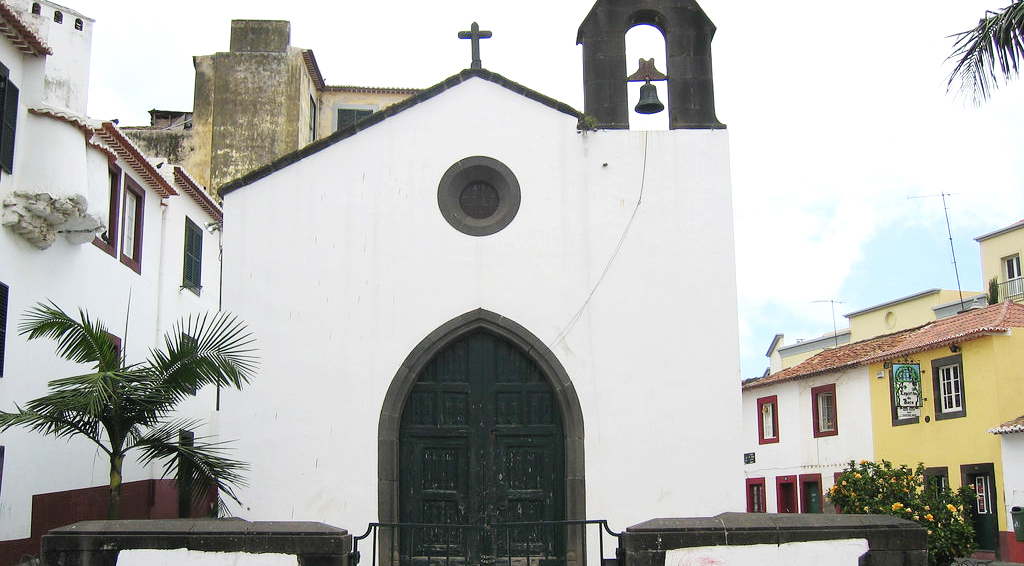 In between the many houses crammed up in the oldtown of Funchal, there is a square. The space is dominated by one of the oldest buildings in Madeira: the Chapel of Corpo Santo.

It is located in the area known as the parish of Santa Maria Maior which comprises the area where people first settled in Madeira back in the 16th century. The settlement as first called Santa Maria do Calhau, referring to the pebble stone beach in the area and corresponds to what is the modern day zone called the oldtown of Funchal. A small urban centre grew over the beach, east of the Ribeira do João Gomes creek.

The Chapel of Corpo Santo is one of the oldest religious temples in Madeira. Its construction dates back to the 15th century and despite the modifications that ensued the chapel remains one of the few buildings of that age to have survived.

It is dedicated to the Blessed Peter Gonzaléz, who in Portugal is linked with St Elmo’s fire, a meteorological phenomenon usually associated with St Erasmus of Formia, patron of sailors. In Portugal and Spain, particularly in Galicia, it is the Blessed Peter, also called the ‘Corpo Santo’, meaning ‘holy body’, who is the patron saint of sea men and enjoys great popular devotion.

The Chapel was built by the fishermen and sea men of Madeira because of their devotion to the Blessed Peter Gonzaléz. According to some it even served as infirmary for the local fisherman and their families.

The building displays a very simple archivolt with no demarcation of the capitals, associated with the gothic style and the period when its construction started even though it absorbed some of the changes of later styles.

Inside the paintings in the ceiling and main chapel portraying the saint’s life jump out as does a retable of St Lawrence, associated with the first maritime reconnaissance of the coast of Madeira led by João Gonçalves Zarco and Tristão Vaz Teixeira.

Around the chapel there are some houses with secular vestiges as well as part of the old city wall of Funchal.
newsletter