The frequent flyer that lives in airports around the world has an enviably classy ancestor in Phileas Fogg. 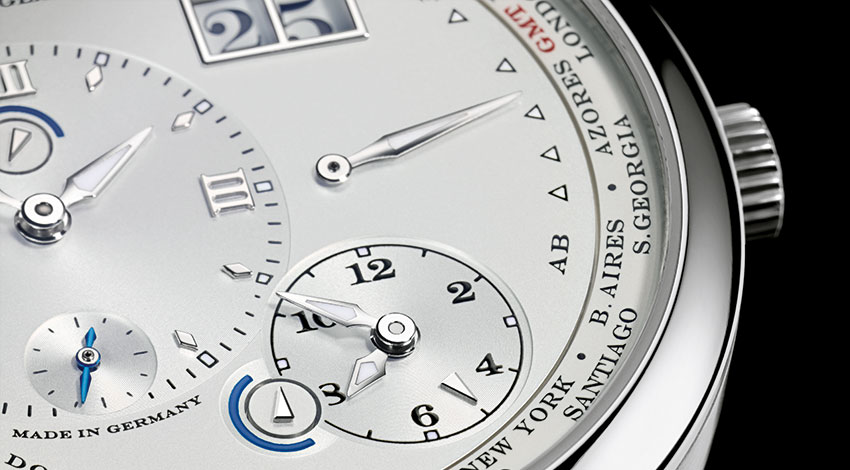 Phileas Fogg, the main character in Around the World in Eighty Days, the novel published by Jules Verne in 1873, is a character that in many ways represents the ancestry of the modern globetrotter, always with a suitcase in hand and with an air miles gold card with permanent access to the best airlines' lounges.

The figure of Phileas Fogg, so well played by actor David Niven in the 1956 film, possessed a natural British poise, a weapon with which he faced all the obstacles and adversities that he came across as the story goes on.

But contrary to Fogg, who had to change the time on his pocket watch each time he entered a new time zone, and in doing so l osing track of London time, those who have the modern air miles gold card have access to a selection of wristwatches able to indicate the time of the place of origin and destination simultaneously, or, alternatively all the time zones around the globe. It's a modern gadget that would no doubt have delighted the book's French valet Passepartout, but it leaves one question in the air: which watch would Phileas Fogg choose if he reincarnated as a frequent flyer in the 21st century?

The choices are countless and the Swiss watch making industry has been fruitful in recent years when it comes to presenting new models with dual time zone indication, as well as the more complicated World Time.

While there is a wide range of choices, we have narrowed it down to a number of more classic models, simply because we couldn't expect the typically British refinement of Phileas Fogg to allow for sportier models. In the last few years, the practical GMTs (the acronym of Greenwich Mean Time), able to add a second time zone to the local time indication; have become an extremely popular category in the field of high watchmaking. Nowadays it's hard to find a manufacturer that doesn't feature this complication in its catalogue, and some brands have shown to have an extremely creative approach to it.

Such is the case of Hermès which, with its model Dressage L'Heure Masquée, allows the wearer to hide the hour hand behind the minute hand, without it stopping. This is a p oetic interpretation of time that extends to the second time zone indication in the window positioned at 6 o'clock, and which gives the traveller the ability to control the time by hiding it whenever he so chooses.  Simply press the button at 10 o'clock for time to gain a new dimension.

The Cellini Dual Time from Rolex also doesn't stop at the simple second time zone indication on the sub-dial at 6 o'clock. The manufacturer founded by Hans Wilsdorf decided to add a small opening to replace the 9 o'clock marker where the sun alternates with the moon to represent day and night – an essential function when the time zone of the destination differs greatly to the place of origin, avoiding the need for a less intuitive 24-hour indication. And for those crossing a succession of time zones at a good pace, the Patek Philippe Nautilus Travel Time Ref 5990 represents the perfect solution.

The presence of two buttons on the left side of this watch's water-resistant case means you can change the second time zone quickly by adjusting the hour hand forward or backward. In addition, the Nautilus Travel Time includes a dual day/night indication for the home time and the local time, represented by two windows at 3 and 9 o'clock and labelled Local and Home. As if that wasn't enough, the Genevan manufacturer also features a chronograph function and date indication at 12 o'clock, which makes the Travel Time an extremely comprehensive watch.

The next level in the category of watches aimed at frequent travellers is known as World Time, a type of complicated watch that allows wearers to instantly identify the correct time anywhere in the world. Presented in 2011, the Calibre de Cartier Multi Time Zone with the calibre 9909 MC is an  excellent piece, as it includes some additional indications that are quite unusual. The “home” time is indicated on the lower dial in the centre of the watch by a day/night hand with sun and moon symbols.

The local time is shown by the main hands, while the cities are shown on the side of the watch. By selecting a certain city, the system indicates its local time as well as the time difference between that and the home time. In addition, the model has the ability to take into consideration the summer time in the various cities around the world, a function that requires simply altering the reference scale for the five months during which summer time is in operation. The Lange 1 Time Zone from German watchmaker A. Lange & Söhne is another model that greatly helps the traveller's task of keeping time under control when crossing from one time zone to another.

The local time can be adjusted by simply pressing a button that moves a ring inscribed with the world's main 24 cities and their respective time zones in 15-degree steps to the east, an action that moves the hour hand on the subdial in one-hour increments. A synchronisation mechanism also allows the home time and local time to alternate between the main dial and the subdial instantaneously. They are adjusted through the crown, which makes using this extremely technical watch significantly easier.

On reflection, and as a conclusion, today's globetrotter has more in common with Ryan Bingham, the character played by George Clooney in Up in the Air, while the glamour radiated by David Niven as Phileas Fogg seems a dream of the past...unless choosing the right watch brings back the magic and charm of travelling in the olden days. In that case, it's quite possible that we could recognise Phileas Fogg in any airport by wrist alone.