BMW chose the seven hills of Lisbon for the international presentation of the refreshed 6 series. 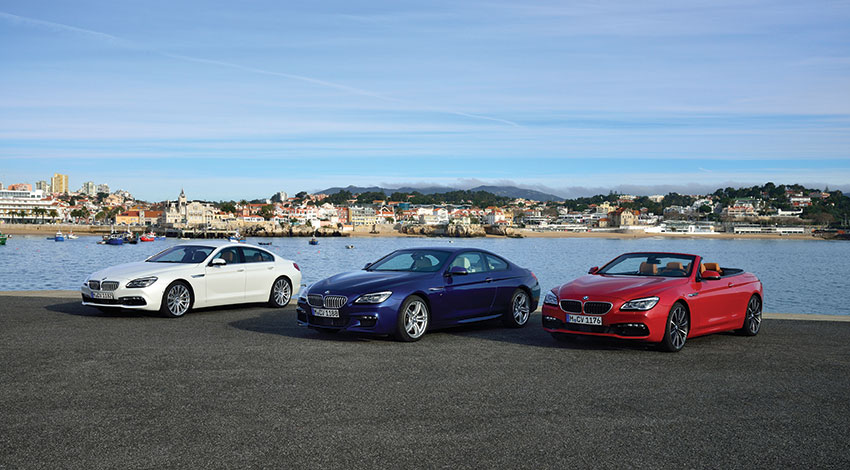 Lisbon is a destination of excellence for international presentations of new models in the car industry. The weather, the hotel scene and the excellent roads are a package that's hard to beat, especially when it's still raining, or even snowing, in the rest of Europe. BMW chose the magnificent Hotel Myriad, at Parque das Nações, as the nerve centre of the press presentation of the new 6 Series, a programme that took more than 250 journalists on a road tour through the Arrábida Natural Park and on a journey of discovery of the most iconic locations in the capital, such as the areas of Rossio, Chiado and Restauradores.

The press conference revealed the profound changes that took place in the restyling of this luxury Gran Turismo from Bavaria. A redesigned grille and a new front bumper increase the cooling air for the engine and give a more aggressive look to the 6 Series, while the new headlightsat the front and back are proof of BMW's investment in full LED technology. New alloys, colours and exhaust tail pipes for the six-cylinder versions are a few other details that differentiate this model from the last one.

BMW, however, didn't bring us a six-cylinder, but rather a majestic 650i, with a V8 engine packing 450 horse power, the most powerful in the 6 Series except for the M6. Driving around Lisbon and along the roads of the Arrábida National Park, the 6 Series reveals itself as a portent of quality technology.

Everything runs smoothly and elegantly, from the impressive performance of the V8 engine to the ease with which the suspension deals with all types of terrain. Its GT side is more at ease on the open road, but the chassis doesn't complain when the route becomes more winding, offering the driving pleasure that's typical of the brand. The eight-speed transmission is standard and works to perfection. The cabin is sumptuous, with high-quality leather, stunning and extremely comfortable seats and a Bang & Olufsen sound system putting the finishing touches on to a truly inspired interior.

The range features the 6 Series Coupé, the 6 Series Cabrio, the 6 Series GranCoupé and the respective spicier M versions of each. In Europe, as in Portugal, the four-door model represents more than 50% of sales. Annually, more than 100 6 Series leave national dealerships and make their way to the homes of a privileged few who, every day, sit at the wheel of what is one of the most beautiful luxury sports cars in the world.