Flowers and plants from the four corners of the world can be admired at the centuries-old gardens of Quinta do Palheiro. 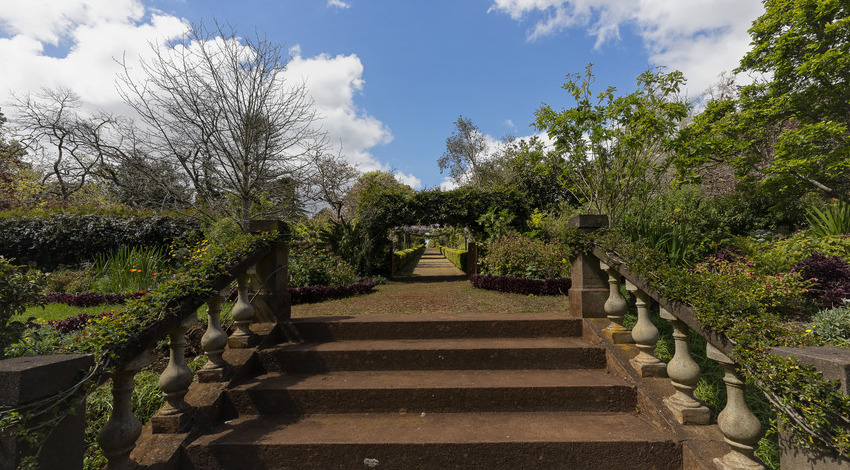 The gardens surrounding Quinta do Palheiro are imbued with colour between November and May. And a lot of it comes from the 1,500 or so varieties of camellias that punctuate the shades of green that cover the gardens.

The history of some of these is almost as old as that of the estate. The first specimens found their way there, from 1804 onward by the hand of João José Sá Machado, who would be the first earl of Carvalhal, the richest man in Portugal at the time, and one of the most influential people in 19th century Madeira.

Carvalhal had chosen the mountains of Palheiro Ferreiro to build what would become his first holiday estate due to it being 'a relatively flat parcel of land' which could house 'recreational parks of an ambitious scale', explains Manuel Teixeira, manager of the gardens at Quinta do Palheiro.

Two hundred years gone by, the majestic camelia corner also features the Japanese camellia, brought to the archipelago by the earl. Nowadays, these live in harmony amongst king proteas, bunya pines, common limes, and Californian sequoias, but also with species indigenous to Madeira, like the tilde and the Canary laurel.

This small haven is located in the mountains of Funchal, some 500 metres above the level of the sea, and is divided into six areas.

In the area between the Main Garden and the Lady's Garden, there is a baroque chapel dedicated to St. John the Baptist. Here, one can also breathe camellias, while simultaneously enjoying the contrast between the bright colours of the flowers and the walls of the small temple. It is normal for weddings to be celebrated there throughout the year. 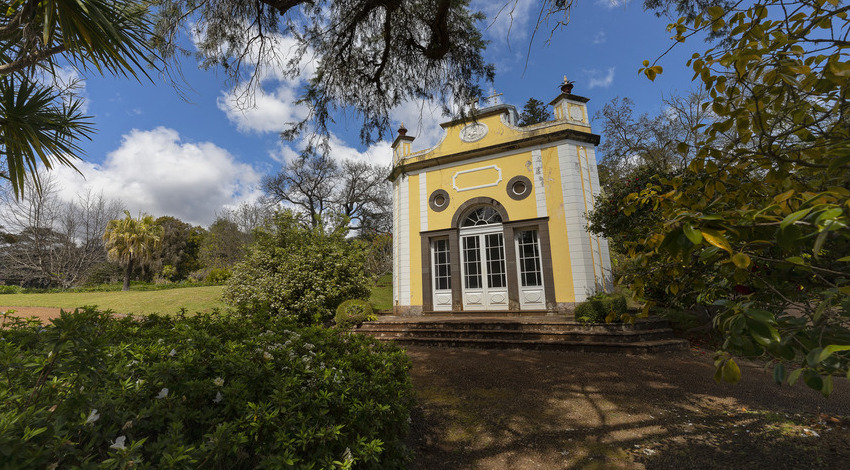 Quinta do Palheiro has belonged to the Blandy family since the late 19th century. Throughout the generations, this family who came originally from England have dedicated themselves not only to keeping the gardens to the highest standards but also to adding new value.

The welcoming rose garden, created recently by Christina Blandy is a prime example of the family's constant attention to the space. Beyond the beauty of the flowers, visitors can also look at some stones from the famous Banger Pillar, a monument built in 1789 in the area of the pier of Funchal, in the memory of tradesman John Light Banger, and demolished in 1939. 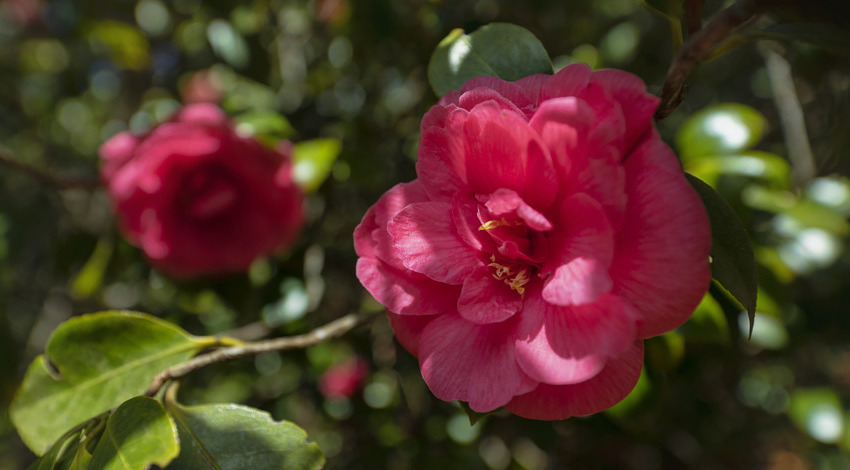 Another mandatory rest stop when visiting the Quinta do Palheiro gardens is the Ribeira do Inferno area. It sports a privileged view over the mountains, the bay of Funchal and the Atlantic Ocean. It is only natural that this place used to be employed as a means for controlling the arrival and departure of vessels stopping at the island.

At Ribeira do Inferno, camellias also reign supreme and stand out amongst the native vegetation, like the laurel and the Madeira mahogany, and other more exotic species from Japan, Australia or the African continent, for instance, which found their home in the Quinta do Palheiro gardens.

Those seeking a moment to rest will find an ideal spot in the Tea House, located in the southern area of the gardens. There, one can enjoy the peace and quiet of a picturesque pond, covered in water lilies, as well as the art of topiary, with an interesting family of chickens sculpted from shrubs.

The Quinta do Palheiro Gardens are just fifteen minutes away from the Madeiran capital. A visit should take around an hour and a half. In spring, one can enjoy the beauty and the stillness of the gardens Mondays to Fridays, between 9 a.m. and 1 p.m. Bookings are not required.