A place of government, the São Lourenço Palace stands out of the city landscape of Funchal. 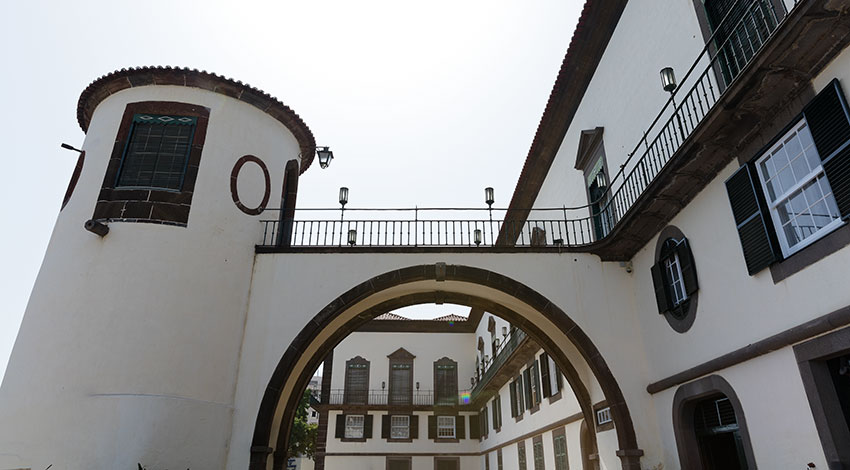 The first phase of the São Lourenço Fortress ended in 1529. According to historian Rui Carita in the 2nd volume of his book on military architecture in Madeira between the 15th and 19th centuries, the fortress was considered to be of considerable size for that age, and for the city as it was.

The many changes made to the building in the late 18th-early 19th century, including the halls in the noble floor and the interior gardens, served to strengthen the importance of its civil use, to the point that the fortress started to be called a palace.

This Fortress-Palace served as residence for the admirals of Madeira in the 16th century as well as the place where the Castilian military force was based during the Philippine occupation before it became the residence of the governing general captains until the implementation of the constitutional government in 1834. From 1835 onwards Madeira was administrated by a Civil Governor and a Military Governor. In 1836, civil and military affairs were separated. To the east, the military; to the north, the civil – the Palace – where the noble halls, gardens and southwest, northwest and north bulwarks are located.

Nowadays, the civil part serves as the official Residence of the Representative of the Republic in the Autonomous Region of Madeira. It is possible to visit some of its interior spaces. The tour circuit includes the Entrance Hall, or the Admirals’ Hall, the Noble Hall or Ballroom, the Red Room, the Turret and South Turret and the Bulwark Room.

The military part is managed by the Command of the Military Zone of Madeira and has a museum with some weapons in display that portrays the role of the island in military history and the evolution and construction of the São Lourenço Fortress.

The São Lourenço Fortress-Palace is a national monument since 1943.